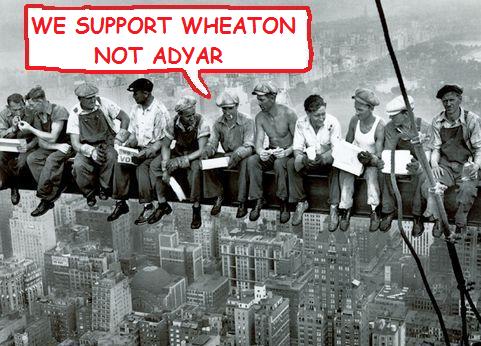 With the American Section President now at the command of the Adyar controllers, as is shown by his failure to secure a proper inauguration thus setting himself up as a second class international president, there is now concern in the American Section that a financial pipeline may be opened up from Wheaton to the run down Adyar Estate. There are also worries that the Wheaton administration may find itself functioning as Adyar’s outer office.

A conflict of interest will certainly arise between the international and American Section presidential roles, and Adyar has a long tradition of draining resources from the worldwide Society while giving nothing in return. How the dual presidential role will work, has not been made clear to American Section members, probably because the level of subservience recently shown, by the new international president, to the Adyar controllers is too embarrassing to discuss publicly.

Doubts surrounding the conducting and outcome of the 2014 presidential election have still not been addressed and the new international president does not appear to have made any effort to clear these matters up. A clear indication that he is not master in his own house at Adyar.