The breakdown of the 2014 voting figures, by national sections, is now available and very sad reading it makes. But the thing to notice is the lack information on voting in the individual Indian Federations.

Taking the final figures as

Internationally this indicates a clear victory for Boyd, and looking at the official figures for the Indian vote Boyd (India) 3576 Maithreya (India) 2365, Boyd is clearly ahead here as well.

However, there have been allegations of voting irregularities within the Indian National Section which were not addressed by the electoral committee. Whereas national leaderships can check the official figures against their own poll and voting pattern, the Indian federation leaderships are left to guess that their correct voting figures are included in the total.

The total Indian electorate, according to the official figures totalled, 8259 with 5972 voting but, as stated, no figures are given for the individual Indian federations to enable leaderships to verify the figures. India comprises 44% of the electorate and 51% of the vote, so the figures cannot be regarded as complete without the breakdown of Indian Section figures by federation, especially given the lack of trust surrounding this election.

How many voters and votes can be verified?

As it stands only 56% of the poll and 49% of the final vote can be verified by section leaderships on the current information, and the election result remains unproven. If the full picture cannot be given then a fresh election should be held.

Here are the official figures; 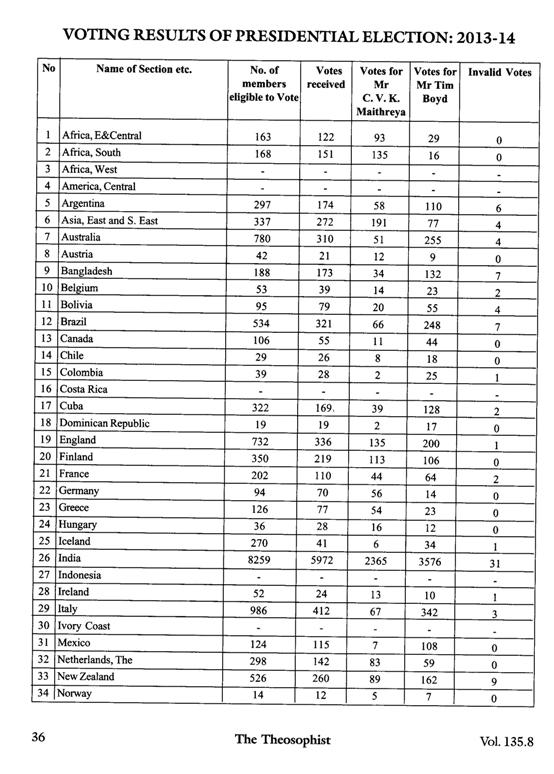 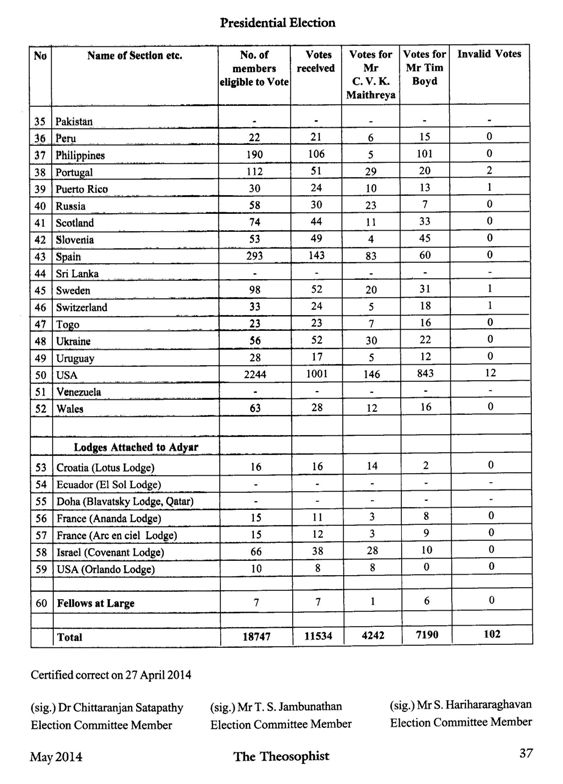