Because if CVK Maithreya had been allowed to campaign

then members would have realised how good he is.

It’s been one kick in the teeth after another for 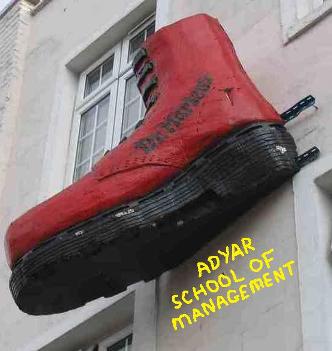 The Adyar Theosophical Society elite has done its best to keep CVK Maithreya out of things. Members have learned from his interview with Eric Georgiades that he was thrown out the crucial Indian National Council meeting when the presidential nominations were decided, even though he was on the committee. The exclusion appears to have taken place without advance notice, and without a resolution, passed at a meeting at which Mr Maithreya was present and able to argue his case against the exclusion. This expulsion, from an electoral process meeting, of an elected post holding officer, without explanation, warning or redress, makes the 2014 presidential election invalid.

This expulsion was followed by the failure of the Indian Section to nominate Mr Maithreya as a Presidential Candidate, and it is now clear that he was not given a fair chance by a National Council determined to keep him out. Only a fresh election can resolve this matter satisfactorily.

Once the election result was announced, CVK Maithreya was excluded from the sham inauguration and the May 8th White Lotus celebration. He wasn’t even told about the inauguration by Chittaranjan Satapathy, who organised it.

The latest kick in the teeth comes as CVK Maithreya is not included by Tim Boyd, in the nominations for International Vice-President. In fact there is only one nomination for this important job and that is Chittaranjan Satapathy, who organised the controversial 2014 presidential election. Is this his reward? Surely more than one candidate should be nominated, or are these orders from the Adyar controllers, and all now know how eager Tim Boyd is to please his masters.

The General Council has long abdicated its role as governing body of the Society and has stood by, and let all this happen. Even insistence on clearing up the doubts about the election, and on Tim Boyd holding a proper inauguration with a decent address, was beyond the capability of the General Council. Its members could at least object to the single nomination of Chittaranjan Satapathy, with no alternative choices, as International Vice-President, but given their legendary weakness, they will probably just do as they are told.